Faculty of Land and Food Systems
» Home » Webinar: The Future of Agriculture: A Conversation Revisited

Webinar: The Future of Agriculture: A Conversation Revisited

Webinar: The Future of Agriculture: A Conversation Revisited

British Columbia has experienced a year of monumental change. From climate change events across the province to business planning in a post-Covid era, how has the agriculture sector been affected? One year after the inaugural Future of Agriculture webinar we reunited our speakers for a conversation on moving forward from COVID and the impact of climate change on the industry. The speakers addressed supply chains, climate adaptation, technology and trade, and discuss how B.C.’s agri-food industry could work towards a stronger future.

Hosted by Rickey Yada, Dean, UBC Faculty of Land and Food Systems and moderated by Santa J. Ono, UBC President and Vice-Chancellor, they discussed the future of agriculture with guests: 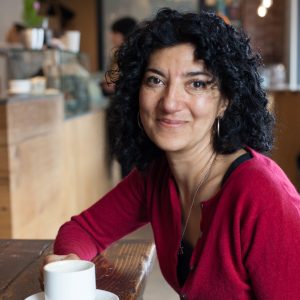 Meeru Dhalwala has been creating recipes and running the kitchens at Vij’s and Rangoli restaurants—which she co-owns with Vikram Vij—since February 1995. Vij’s has been hailed by the New York Times as “easily among the finest Indian restaurants in the world.” She has also written the three Vij’s cookbooks. Meeru recently enjoyed being a chef/judge on Food Television Network’s “Wall of Chefs”.

Meeru is a member of the Faculty Advisory Board of UBC Land and Food Systems and works closely with the Dean on various fundraising and climate change awareness initiatives. Meeru is also a board member of IC-IMPACTS (the India-Canada Centre for Innovative Multidisciplinary Partnerships to Accelerate Community Transformation and Sustainability)—a joint project between Universities of British Columbia, Toronto and Alberta. And she is a board member of MOSAIC, an organization that assists new immigrants and refugees to adjust and learn necessary skills for their new lives in BC.

Meeru holds honorary PhD’s from UBC and Simon Fraser University for her professional and community work in food, sustainable agriculture and seafoods, and climate change. 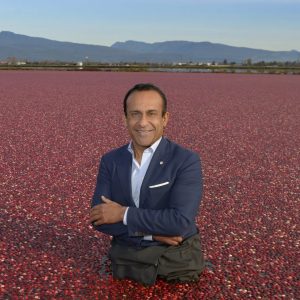 Peter currently serves as Chairman on the Ocean Spray Board of Directors. As Chairman, he is an ex-officio member of all Board Committees.

Peter has played an active role on many organizations and boards. He was the director for the Vancouver Airport Authority, B.C. Ferries (where he was also vice chairman), the Canada Customs and Revenue Agency and Atomic Energy of Canada Ltd. He was also on the Board of Governors of Simon Fraser University, the audit committee of the Vancouver 2010 Organizing Committee, the Canadian Olympic Committee, the Vancouver Hospital and the UBC Hospital Foundation (where he was a board member). He was also chair of the Vancouver Branch of Right to Play, an international humanitarian organization for children in communities affected by war, poverty and disease.

Peter is also known for giving back to the community with his philanthropic and charitable service, which has spanned a wide variety of important areas including health care, child humanitarian support, education, and sport. He has made significant financial contributions to many organizations including Kwantlen Polytechnic University, the Canadian Red Cross, the Canadian Olympic Committee, Arts Umbrella, and the Khalsa Diwan Society. At the University of British Columbia, he established the Rashpal Dhillon Pulmonary Fibrosis Research Endowment and the Rashpal Dhillon Track & Field Centre in his father’s memory. Most recently, Peter established the Peter P. Dhillon Centre for Business Ethics in partnership with the Sauder School of Business at the University of British Columbia.

In 2009, he was honoured with The Order of British Columbia in recognition of his achievements and services. In 2012, he was awarded the Queen’s Diamond Jubilee medal in recognition for his contributions to his country. 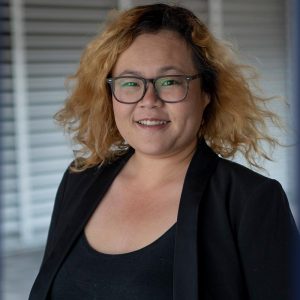 Pinna Sustainability works with multiple levels of stakeholders, including provincial and municipal governments, crown corporations, and universities on sustainability planning. In her work, Kat Jin focuses on policy analysis throughout the planning stages, and translates large qualitative and quantitative data sets into information that supports the development of climate change action plans and strategies. 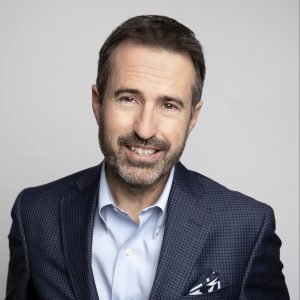 John Stackhouse is a nationally bestselling author and one of Canada’s leading voices on innovation and economic disruption. He is senior vice-president in the Office of the CEO at Royal Bank of Canada, leading the organization’s research and thought leadership on economic, technological and social change. Previously, he was editor-in-chief of the Globe and Mail and editor of Report on Business. He is a senior fellow at the C.D. Howe Institute and the Munk School of Global Affairs and Public Policy and sits on the boards of Queen’s University, the Aga Khan Foundation of Canada and the Literary Review of Canada. His latest book, Planet Canada: How Our Expats Are Shaping the Future, explores the untapped resource of the millions of Canadians who don’t live here but exert their influence from afar.