Members of our Faculty Advisory Board provide their expertise to support the Dean and senior administrative team on activities related to teaching, research, extension, education and funding. They are also an important conduit to external communities, sharing our message and improving the quality of information exchange. 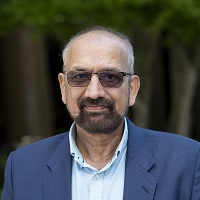 Parm Bains graduated from UBC with a BSc. in Agricultural Sciences in 1979. Parm has worked for the Ministry of Agriculture, the private sector and as a consultant, and has served on many industry boards which are local, national and international in scope. In 1989 the family purchased a blueberry farm in Abbotsford and in 1997 Parm set up Westberry Farms – a processor/packer of blueberries that now markets fresh, frozen and other blueberry products globally. In 2009 Parm was recognized by the University of the Fraser Valley (UFV) for his contributions in philanthropy and building community networks with a honorary Doctorate. From 2004 to 2006, Parm chaired and was instrumental in the effort to develop the BC Regional Innovation Chair on Canada-India Business and Economic Development, and the Centre for Indo-Canadian Studies at UFV. In 2006 Parm was the catalyst to initiate and develop a Centre for India-Canada Studies at Panjab University in Chandigarh, India. Currently he serves as the Chair for the US Highbush Blueberry Council.

Entrepreneur, artist, writer, ecology advocate, gardener, volunteer and meditation practitioner, Arran Stephens has passionately followed the beat of a distant drummer for seven decades. Arran and Ratana—his wife/partner of 45 years—share a profound commitment to organic agriculture, people and health. Together, from humble roots, they established Nature’s Path Foods in 1985, built on a foundation of social responsibility, sustainability and financial viability. Overcoming the odds, Nature’s Path has blossomed to become the largest organic breakfast and snack foods company in North America. For their business leadership, Arran and Ratana Stephens were inducted into the 2020 Business Laureates of British Columbia Hall of Fame.

After two apprenticeships as Baker and Pastry Chef in Germany, Dr. van Lengerich studied Cereal Science and Technology and completed his PhD in Food and Biotechnology at the Technical University of Berlin, Germany in 1984. His work experience includes employments at Unilever Germany, RJR Nabisco in New Jersey and Buehler AG in Switzerland. In 1994 Dr. van Lengerich joined General Mills, Inc. in Minneapolis and has been Chief Scientific Officer and Vice President for technology strategy. During the course of his career at General Mills he led the development of numerous technologies resulting in new ingredients and process technologies that enabled major new product introductions at General Mills. His responsibilities also included leadership of a Game Changer program and creation of a novel ‘Cashless Venturing and Disruptor’ initiative. He retired in March 2015 after more than 20 years with General Mills and is now a strategic advisor.

Dr. van Lengerich is the inventor of over 100 patents and patent applications and authored many scientific articles and several book chapters on food processing, systems analysis and food extrusion. He was awarded with a Honorarium Professorship at the Technical University of Berlin, Germany where he teaches and leads an active research program, he is adjunct professor at the University of Minnesota in Minneapolis, a Fellow of the Institute of Food Technologists and serves on the Executive Board for the Technology Platform “Food for Life” at the European Union in Brussels.

Christine Coletta is the co-owner of Okanagan Crush Pad, Canada’s first purpose-built custom crush winemaking facility. Since 2011, she has assisted more than 15 B.C. wineries in their winemaking. Christine also founded and led the BC Wine Institute as Executive Director from 1990 to 1999, during which time she formed VQA as a standard to support the local wine industry. Christine began her career in hospitality as a server in the 1990s. She currently serves on the board of the Pacific Assistance Dogs Society (PADS) and the BC Hospitality Foundation. In 2018, she was named one of Western Living Magazine’s Top 10 Foodies of the Year. Christine lives in Summerland with her husband Steve Lornie, co-owner of Okanagan Crush Pad, and their three children.

Justin Henry completed his bachelor degree in Aquaculture at the University of British Columbia in Canada and then moved to Denmark for his masters degree in Aquaculture Biotechnology at Aalborg University. He went on to complete the Executive Development Program at Queens University in Canada and is a Registered Professional Biologist in British Columbia. His experience includes culturing multiple species, including salmonids and sturgeon, in multiple systems including land based recirculating aquaculture systems (RAS), re-use, flow through, and net pen production in North America, Europe, Asia, and Africa. He has been working with RAS since 1995. His R&D expertise includes the development of monosex female populations in salmonids, feed management trials, vaccine trials, production optimization, and new product development. He has numerous publications on a broad range of aquaculture subjects.

Meeru Dhalwala LLD’16 is the talented author, chef and entrepreneur behind the renowned restaurants Vij’s and Rangoli. She was instrumental in the Save the UBC Farm campaign and founded the Joy of Feeding events at UBC Farm. Meeru is a member of the Centre for Sustainable Food Systems Social Innovation working group. Meeru is also a passionate advocate for human rights and sustainable food systems. She has worked to create large networks of local farmers and suppliers; to provide respectful employment opportunities for immigrant women, and to provide leadership to local sustainability organizations and is currently a judge for Canada’s Outstanding Young Farmer Program. Meeru is also working to start a multi-faculty, interdisciplinary clean drinking water project with various and as yet to be determined faculties at UBC.

Philip Donne held the role of President of Campbell Company of Canada for 12 years and his background in the packaged goods industry includes over 15 years with Kellogg Canada Inc. as CEO in Canada, Italy and France. Philip’s business and marketing experience also includes senior positions at General Mills, Duracell Canada, and Coca Cola Foods. Mr. Donne has held Chair positions at Food and Consumer Products Canada, Advertising Standards Canada, The Association of Canadian Advertisers, Kids Help Phone and the Early Years Task Force on behalf of the Ontario government. He currently serves in an advisory board capacity on McGill University’s Centre For Convergence in Health and Economics and on the board of Stonemill Bakery. His personal volunteer focus is on Hunger and Nutrition insecurity. 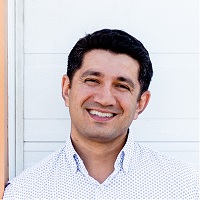 Sarb Mund (BBA, CPA, CMA) is recognized as a leader in the local food movement, bringing innovative ideas with tangible results to entrepreneurs and communities in the Agfood sector. Sarb’s love of engaging with people and local food led him to start Soho Road Naan Kebab Food truck celebrating his UK background and Indian roots. Sarb’s challenge finding a cost effective and fun-to-work-in prep kitchen led him to create Commissary Connect – the kitchen HE wanted for his food business. Combining his direct knowledge of food processing and entrepreneurship with expertise in accounting and strategic direction, Sarb is much sought-after as an expert in the food industry throughout BC. He is involved in working groups shaping Western Canada’s future in food and agriculture – working directly with UBC, BC Ministry of Agriculture, BCIC, IAF, City of Vancouver Economic Commission and several others. Sarb can often be found in the kitchen sharing war stories and hard-earned advice with the aim of making his members’ journey to success a little bit easier.

Trish Sturdy is the co-founder of North Arm Farm, a family-run farm founded in Pemberton in 1995. Trish is passionate about local, sustainable farming, and enjoys educating the public about where their food comes from, and inspiring farmers to create their own agriculture ventures. In 2006, Trish and her husband Jordan Sturdy transitioned the farm from a conventional operation to a certified organic farm. It has grown to include 55 acres of mixed vegetables and fruit, as well as an onsite commercial kitchen, a bistro and a gelato shop. North Arm Farm produces food for several restaurants in Vancouver and in the Sea to Sky corridor. Working with chefs has exposed Trish to new ways to use and promote products, and new items to add to the farm’s grow list. In 2017, North Arm Farm received the Producer of the Year award from Vancouver Magazine as selected by the city’s top chefs. For over a decade, North Arm Farm has collaborated on “Field to Fork” events such as hosting FarmFolk CityFolk Feast of the Fields, Outstanding in the Field long table dinners, agricultural tours, as well as annual Araxi catered long table dinners.

On July 18, 2017, Wes was appointed for a second time as the Deputy Minister responsible for the BC Ministry of Agriculture.

Prior to this, he had served for four and a half years as the Deputy Minister for Environment, a ministry focused on protecting our climate, our water, our wilderness and our public. Before Environment, Wes served as Deputy Minister for Agriculture and for the Ministry of Public Safety and Solicitor General, the ministry responsible for the government’s emergency management, road safety and consumer protection programs. As Deputy Minister for Public Safety, he led the Integrated Public Safety planning and service delivery for the extremely successful 2010 Olympic Games. From 1998 to 2006, Wes was the City of Winnipeg Fire & Paramedic Chief where he led a major service integration of the former fire and ambulance departments. 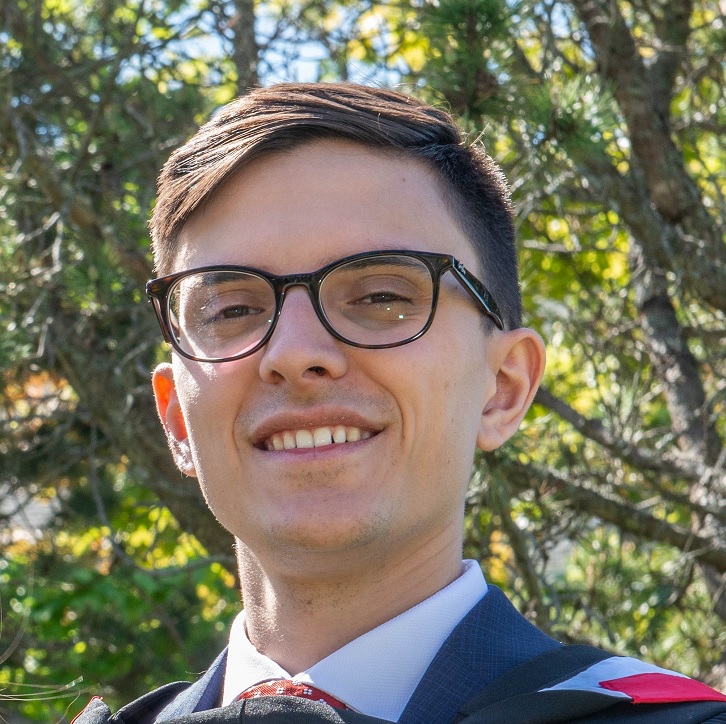 David Mahoney is a masters student in Food Science with research focusing on Listeria monocytogenes stress resistance. David also serves as an executive in the BC Food Protection Association, which promotes food safety in British Columbia. Prior to starting his masters at UBC, David completed a BSc in microbiology and immunology from Dalhousie University in his home province of Nova Scotia. 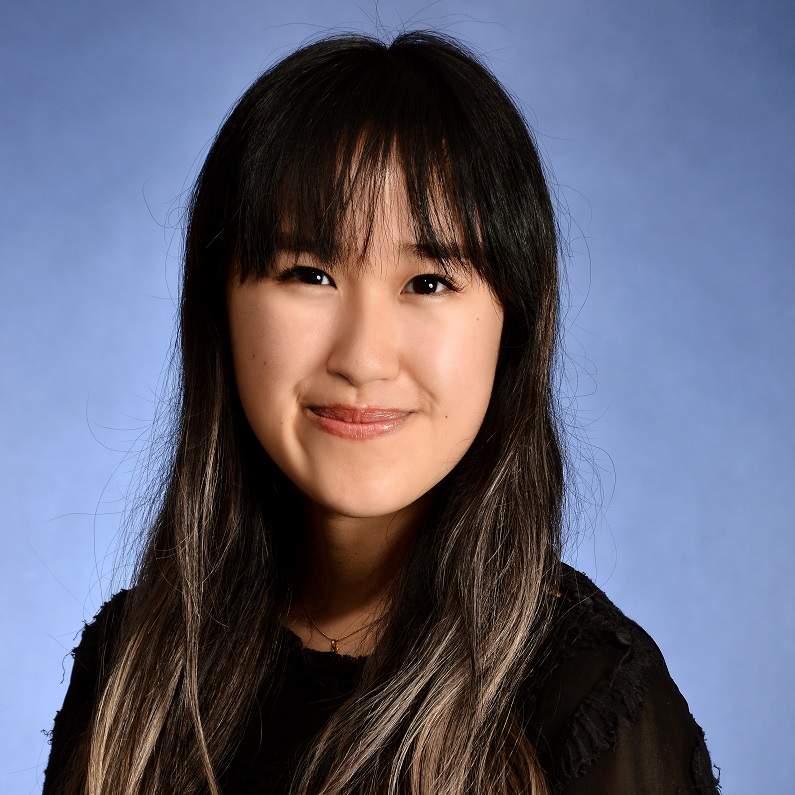 Arlene Nguyen is in her third year pursuing her undergraduate degree in Food, Nutrition, and Health. She is passionate about healthy eating and believes that food is truly the best medicine. Prior to being LFS|US President, she served as Vice President Internal and as a First Year Representative for LFS|US.