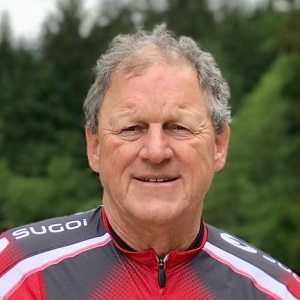 In honour of National Volunteer Week (April 19-25), we checked in with Paul Molund, an alumnus who is also one of many amazing volunteers who give back to the Faculty. Paul has been a mentor for the LFS Mentorship Program for many years, contributing to the resounding success of the program.

What motivates you to volunteer?

There’s a whole bunch of reasons! To see the look on people’s faces, when they have somebody who actually listens to them. I try to give them the space to open up and think about possibilities. You know, I’ve never been a parent, and not having had kids, I don’t talk to them like a parent; I talk to them as if I’m meeting a friend.

My main motivation for this is that I lost my wife about twelve and a half years ago, and so it’s in her memory that I do this. It was a very tough thing, losing her. So not only did I feel that I was helping other people, but I was helping myself.

Are there other ways that you feel you benefit by volunteering?

I feel that I’m getting better and better at this! I’ve mentored at least 100 people: professional people, people in university, people who have graduated, and I’ve helped them in their life journey. And that’s been really rewarding. It ends up being like a purpose for me. I feel like it’s a great reason why I get up in the morning, with a smile, and think, “who can I help today?”

What is one message you would like to share with students about how they can prepare for the world of work?

I want them to look more deeply. I believe there are things in our personality and our life that point the way that we are headed. The biggest thing in the last three or four years (I’ve been mentoring about nine years now) is that I’ve noticed how many young women don’t have confidence in themselves, yet they are just amazing! I try to help them recognize that for them to have even got in to UBC and do the studies that they’ve put in, you know, that it’s an amazing job they do. I help them start to think positively about their abilities and what they bring to the world. And I think it’s really been life-changing for many of them.

How did you envision your own career journey would be when you started university?

When I was in my early 20s, when I was their age, I had a sense of where my life was going to go, and so I had these visions of, I’m going to do this, I’m going do that. And I can say that almost none of it came true—[laughing] almost nothing! Not the way that I ever perceived that it would be. However, it turned out really, really wonderful! I mean, I have no regrets. I probably could have done many things differently, and better. But the reality is, the way that’s it’s taken off, it’s all good.

How did that career journey actually take off?

I wanted to be a professor, and that’s why I did a PhD at UBC in Food Science. I was one year behind Rickey [Dean Rickey Yada]. So we both did our PhDs together, but Rickey ended up doing the career that I thought I was going to be doing, and I ended up doing food product development for two years, taught at BCIT, worked for Health Canada, and then worked for the Canadian Food Inspection Agency.

What is something that you are proud of that you have accomplished in your career?

When you go into a company as a food inspector, doing an audit, most companies are afraid of you because you have the power to shut them down. But my style of doing it was to wear my “education hat” about 90% of the time; more than my “enforcement hat”. After the first 10 minutes, they’d realize that I’m actually there to help them. Over the years, I had many, many companies phone me to advise them. I had their confidence, so I was able to work with them to help improve the quality and safety of the food supply in Canada.