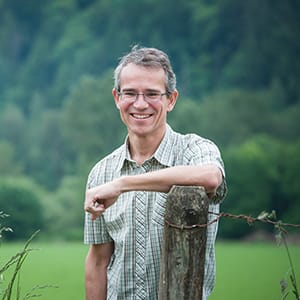 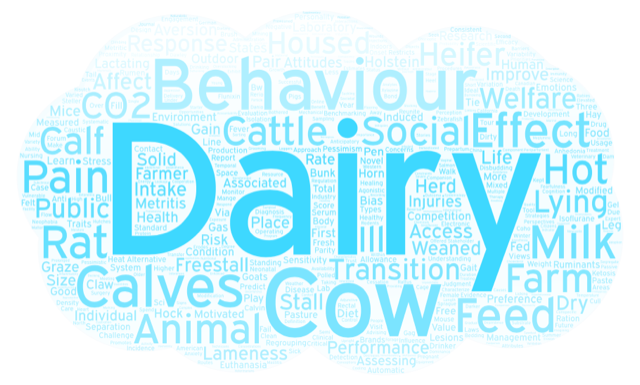 Dan's work aims to assess and improve various aspects of animal well-being. Most of Dan’s work focuses on dairy cows and calves, and on laboratory rats and mice. Current research focuses on five themes:

I developed (together with David Fraser) the course “Animal Welfare and the Ethics of Animal Use” (now APBI 315) when I first arrived at UBC. This course has enrolment capped at 80 students and fills on the first day that registration opens. The course attracts students from a variety of disciplines and is highly rated by students. In Nov. 2000, this course won an international award from the Humane Society of the United States as one of the top courses of its type. This course was also featured in the book “Teaching the Animal: Human Animal Studies Across the Disciplines” (DeMello, 2010).

In response to consultation with existing undergraduates and recent graduates, I spearheaded the development of the new undergraduate program Applied Animal Biology that began accepting students in 2009 and has now grown to be the second largest major in the Faculty. In 2012, I created the honours stream for the major. An important component of the Applied Animal Biology program (and especially the honours stream) is a research capstone experience in the final year of study. To help prepare our undergraduates for this experience, and more generally to provide students research experience, I co-created (and co-instruct with Nina von Keyserlingk) the course “Research methods in Applied Animal Biology” (APBI 398). This course has also garnered high student evaluations.

See Google Scholar for a complete list of publications.

Awards for research include most notably my fifth consecutive 5-year appointment as an NSERC Industrial Research Chair (1997 — present). Other recent awards for research include the 2013 Metacam 20 Welfare Award (awarded by the Canadian Veterinary Medical Association for outstanding contributions to the field of Cattle Welfare), the 2014 Charles River Excellence in Refinement Award (awarded by the Johns Hopkins CAAT for excellence in research on the welfare of laboratory animals), the 2015 Killam Prize (awarded by the Killam Foundation for overall excellence in research (in 2014 I also received the Killam Prize for excellence in teaching), and the 2016 Ruminant Well-being Award from the World Association for Buiatrics. In 2015 I was appointed as a fellow at the Wissenschaftskolleg zu Berlin. In 2017 I received the the JDS-100 award from the American Dairy Science Association. In 2018 I was awarded the Paech Visiting Professorship at the University of Sydney and was recognized by Clarivate Analytics as a Highly Cited Researcher (in the top 1% by citations for field in Web of Science). In 2020 I was awarded the UFAW Medal for Outstanding Contributions to Animal Welfare Science by the Universities Federation for Animal Welfare, and the Zinpro Award for Excellence in Dairy Science from the American Dairy Science Association.