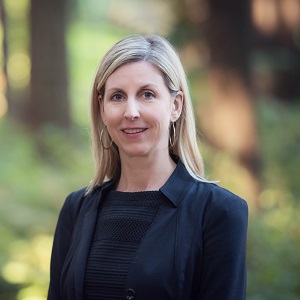 Kristen had a fascination with wildlife since she was young. During her undergraduate studies, she discovered that veterinary school was not the only route to pursue to work closely with animals. While a BSc student she began volunteering with an endangered species recovery program with giant pandas, which lead to an opportunity to study the behaviour of these charismatic animals in China. After this experience Kristen continued on in her pursuit of the study of animal behaviour. Her passion for wildlife grew and so did her desire to help give wild animals greater humane treatment. Kristen completed an MSc in Biology working on sea otter ecology and behaviour through Portland State University. She then joined the Animal Welfare Program at the University of British Columbia to complete a PhD where she assessed and helped mitigate the pain responses of sea lions to highly invasive marking procedures including abdominal surgery and hot-iron branding. After her graduate studies, Kristen spent time as a wildlife biologist and a postdoctoral research fellow in the Department of Veterinary Clinical and Diagnostic Sciences at the University of Calgary.

As a tenure-track instructor, Kristen teaches a variety of courses in the Applied Animal Biology Program. Her courses focus on compassionate conservation, wildlife management, and animal behaviour and welfare. Kristen has developed courses that give students experiential learning opportunities in areas of animal behaviour and wildlife welfare.