January 15, 2021 – Keeping yourself on the Dean’s list, while sticking to a daily training regimen and travelling for competitions, is a challenge for select students only. 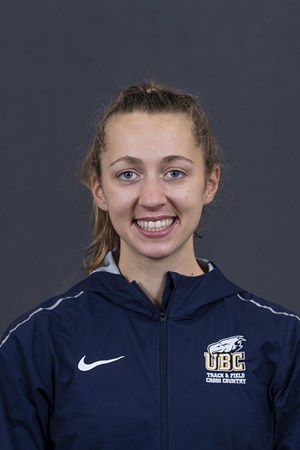 Running 15 km every day? No problem. Since COVID-19, has halted competitions, Jamie Hennessey and her team have been attending two organized practices each week. The other five days, she’ll run on her own at distances that total 15 km or more.

Hennessey’s personal experience with health issues got her interested in studying dietetics. At age 14, she was diagnosed with Type 1 diabetes and she had to learn how to manage her health and her blood sugar levels through diet. Her dietitian at BC Children’s Hospital made a huge impression on Hennessey.

That diagnosis came shortly after she discovered a love for distance running.

“I loved cross country in elementary school and had been running since I was 10. It’s rewarding to put a lot of effort into something that results in one or two fantastic performances.” 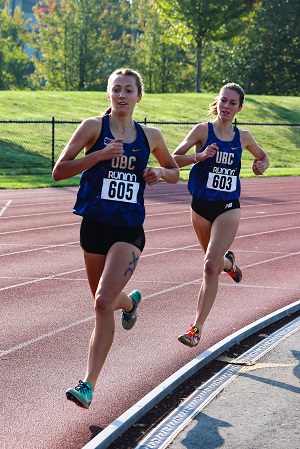 She competes in the 8 km U SPORT division. That distance allows her to battle the elements outside, but perhaps the greater battle for Hennessey is managing her medication as a high performance athlete. There’s a noticeable difference between training days and race days – when the extra adrenaline and nerves will release more glucose into her body requiring her to increase her insulin doses.

“I haven’t met any other athletes who are also managing a chronic disease like Type 1 diabetes, but it would be great to share my experience with someone.”

She credits her coach Norm Tinkham, who was her club coach at Golden Ears Athletics and has now come to UBC. She says he’s learned about diabetes and has been a good support for her. 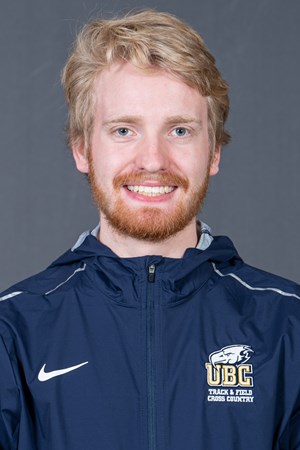 Erik Thies’ favourite topic in high school was biology but his dream career has nothing to do with biology. He hopes to one day become an air force pilot.

In 2018, he applied to the Canadian Air Force and successfully passed aptitude tests covering math, vocabulary, and spatial acuity. Completing his science degree in land and food systems is another milestone that’s required, as either a science or engineering degree is mandatory.

“It costs about $1 million to train a pilot so there are a lot of stages you have to get through. They need to see that you can handle high-pressure situations where there are many distractions as you try to complete a task. The combat pilot tests are really cognitively demanding.”

Once he graduates from UBC, he hopes to spend the following 3-4 years in pilot training in Alberta and Saskatchewan. His father flew planes for fun, so Thies has been around airplanes all his life.

“I’ve always wanted to be a pilot in the military and to serve. I want to give back to my country.” 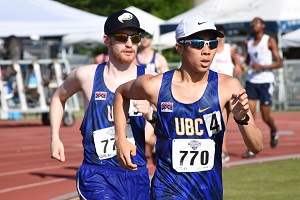 At UBC, his favourite courses have been the Agroecology course series (APBI 260, 360, 460), which teach farming and food production in a way that preserves the ecosystem of plant and soils. He spent three hours/week at UBC Farm in APBI 260 – and he also met most of his university friends in this introductory course.

In APBI 360 and APBI 460, he enjoyed working on projects with community partners, such as Charles Tupper Secondary School where he helped students plan and set up a community garden onsite.

As for race walk competitions, Thies hopes that the NAIA Championship will take place in May later this year, so he’s training as though it will happen. He competes in the 5 km race walk distance.

His favourite competition memory is attending the Western Canada Summer Games in 2015 in Fort McMurray. Thies says there’s often not a lot of fanfare for track and field, but at this event, each team proudly represented their province as they marched in the opening ceremonies. 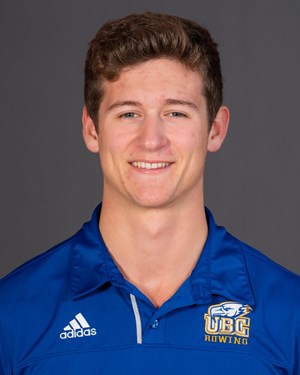 Sean van Gessel knows one thing about his future: “I’m definitely starting my own business.”

With COVID-19, he found himself suddenly back in his hometown of Victoria in spring 2020 and for the first time in his life, he had free time as rowing competitions were cancelled. So he decided to start Early Bird Home Services with two friends.

Joining in this start-up were partners Alex Matson and Henry La Prairie, and they hired five people part-time as seasonal summer workers.

Van Gessel is part of the mens 8 rowing team, which has an excellent track record, winning the National Championships at the Canadian University Rowing Championship competition for the last four years. 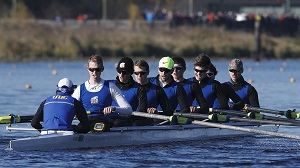 “It’s definitely a privilege to be part of the UBC 8 heavyweight team.”

While he had planned to study engineering at UBC, van Gessel switched into land and food systems in second year. He knew that he enjoyed working on farms and he’d built a greenhouse before, so the melding of agriculture in an urban place appealed to him. Also, outside of school he had taken up reading business books in his spare time.

Sometimes things happen by luck and it was during a first-year LFS course that Professor James Vercammen stopped by his class to talk about the food and resource economics program. It was a second-year entry program. “When Professor Vercammen came in, I knew immediately that was what I wanted to do. I started preparing for it immediately.”

In the food and resource economics program, van Gessel is able to combine his interests in business and his entrepreneurial instinct.