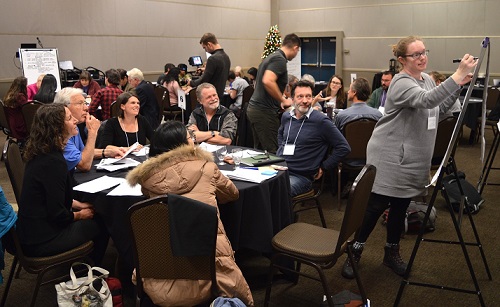 A network in British Columbia is helping deliver climate change research directly to those who could benefit in the agriculture industry.

The BC Agricultural Climate Adaptation Research Network (ACARN) launched in May 2017 to be a conduit between agricultural researchers, industry specialists, policy makers, students and producers in the province. Sean Smukler, Assistant Professor in the Faculty of Land and Food Systems (LFS), serves as ACARN’s chair.

“Given the lack of formal agricultural extension services in the province, there is a large divide between scientists and producers,” says Smukler. “ACARN is trying to help develop strategies to bridge this divide. It feels like there’s a renewed focus to unite researchers with farming communities, and it’s been rewarding to play a small part in that.”

The network has co-coordinated six workshops across the province from Abbottsford to Fort St. John enabling scientists, producers and other agriculture professionals to share climate change adaptation research priorities and find ways to apply research findings.

In the first two years, the network has expanded from 18 to 108 members – including scientists, producers, industry representatives and government.

One of ACARN’s first research projects was to review weather data across B.C., since weather forecasting is essential for farmers to manage their water use, fertilizer and pesticide application, and animal production and welfare. This is becoming increasingly challenging in the face of climate change. The project team included Andrew Black, LFS Professor and ACARN member, and the work has provided useful recommendations on how the province’s current weather station network could provide more robust data to the agriculture industry.

There were more than 284 participants from across the province, highlighting the excitement for this emerging area of practice among students and young professionals.

“We see new challenges every day and it’s essential that we take a collaborative approach to tackle climate change,” said Smukler. “There is a lot of outstanding research all over the province. ACARN is enhancing this research, promoting interdisciplinary projects, and improving the efficient use and application of climate adaptation resources.” 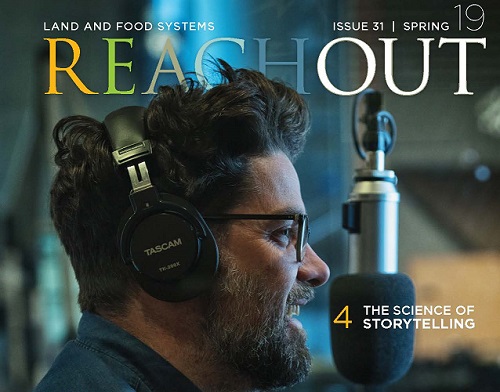