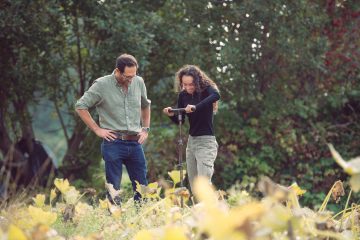 In summer 2020, Emma Yates was one of the undergraduate students analyzing soils for the Long-Term Biodiversity Monitoring Project at the UBC Farm, when the students hit upon an interesting pattern.

Areas under agricultural production had significantly fewer earthworms than adjacent areas like grassy field margins and hedgerows. While most earthworms are non-native to B.C. soils, they are important indicators of soil health and could also reflect important differences in soil fauna – the critical animal life in soils that contribute to soil health and food production.

“There was just this huge discrepancy between earthworm abundance in the grass and other areas directly next to the crop production fields…I thought to myself, we’ve gotta be able to do something about this,” says Yates.

Yates completed a Directed Studies to further analyze the data she had collected, and couldn’t get the idea of soil fauna out of her head. “I decided to reach out to Sean [Smukler]. He told me we could create a study to kind of encapsulate my interests, the goals of his lab’s existing project, and the questions farmers were raising.”

Emma Yates is now a master’s student in Associate Professor Sean Smukler’s Sustainable Agriculture Lab in LFS. Her study “Evaluating Tarps to Terminate Cover Crops and Reduce Tillage” is part of the larger project “Too Much Water or Too Little? Climate Resilient Vegetable Farming,” which was launched in 2019 by Kira Borden and Raelani Kesler under the supervision of Smukler. The larger project is seeking to help farmers maintain soil health in a changing climate, as farmers grapple with more intense droughts and flooding events.

“As we have seen so obviously over the last year, farmers are facing increasingly unpredictable weather, making a hard job even harder,” says Smukler. “Our project was designed to help address questions farmers have raised about particular strategies to increase their farm’s resilience to weather events. We hope to provide some quantitative evidence to help farmers evaluate and manage alternatives, such as silage tarps and other soil management approaches. Importantly we are trying to do this keeping longer-term impacts in mind.”

Smukler’s Climate Resilient Vegetable Farming project was already investigating the use of silage tarps, a type of durable, UV-resistant tarp used in agriculture, to protect soil over the winter. Yates’ study looks at using these tarps to avoid tilling the soil.

Traditionally, farmers use tractors to till overwintering cover crops, essentially churning the soil in preparation for the summer growing season. Yates’ research is showing that tilling the soil negatively impacts the soil fauna, and this study is testing an alternative: reducing or even eliminating the need to till the soil, by terminating the cover crops with silage tarps.

For the study, Yates cultivated squash, analyzing the soil and also the yield by painstakingly measuring each squash for size and weight. The study compares a “business as usual” control plot, where the UBC Farm staff till the cover crop, while her research plot relies on tarps and avoids tillage entirely. Yates hopes to show that this leads to more soil fauna, a more productive soil, and greater squash yields.

One growing season alone isn’t enough to repopulate all soil fauna, says Yates, but the study will show a path forward. Once they have the data, the next key step is to communicate the findings with farmers. 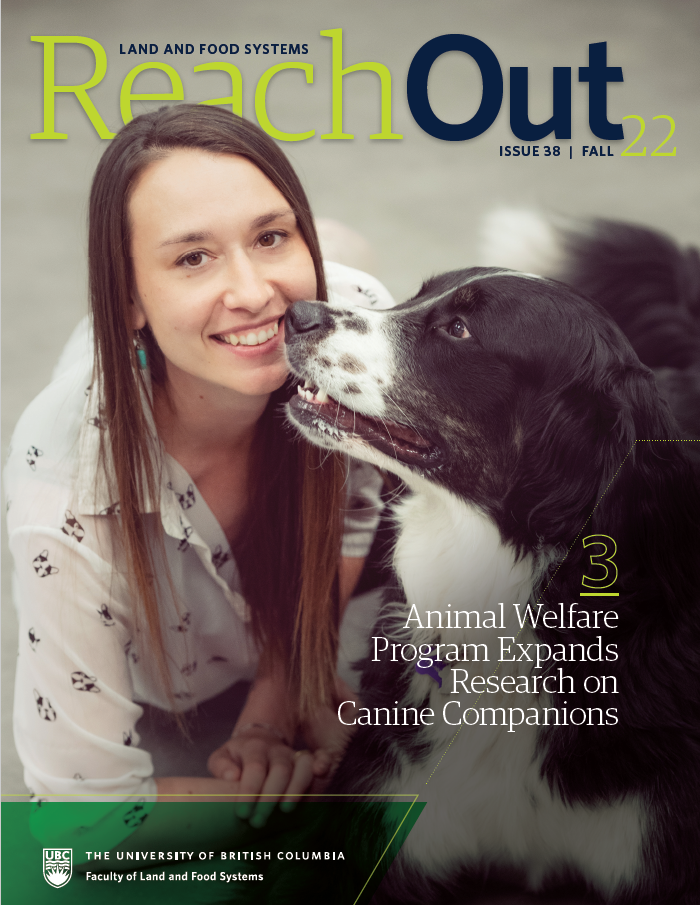