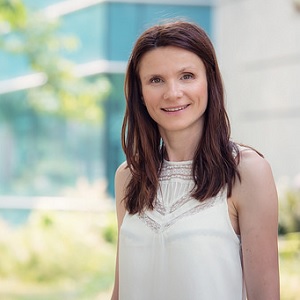 Barbara Stefanska, Assistant Professor in Nutritional Epigenomics in the Faculty of Land and Food Systems, UBC, has been appointed Senior Editor in Cancer Pharmacology for the British Journal of Pharmacology (BJP).

BJP is a leading peer-reviewed international medical journal in the field of experimental pharmacology with recent impact factor 6.8. It was established in 1946 and is published for the British Pharmacological Society by Wiley-Blackwell. Twelve Senior Editors, including Stefanska, are active researchers from various countries who oversee submissions related to different areas of pharmacology.

Stefanska has been part of the Editorial Board of BJP since 2011, acting first as an Editor in the area of hepatic pharmacology and nutraceuticals. Her contribution to the journal and scientific community was recently recognized and she received the British Journal of Pharmacology Editor’s Performance Award for Excellence in Peer Review. Dr. Stefanska was among three of 86 editors who won the award in 2018.

Apart from the editorial management of manuscripts, Stefanska’s outstanding contributions included co-editing a themed issue “Epigenetics and Therapy”, published in BJP in 2015. She collaborated on this project with Senior Editor David MacEwan with a goal to describe advances in epigenetic understanding that relate to human disease, and test our ability to control these mechanisms using pharmacological means. She also published a commentary, one review article and two original research articles in BJP since 2011.

Stefanska’s research is related to cancer prevention and establishing epigenetic biomarkers of cancer risk prediction and early detection using blood as a minimally invasive source of DNA. She also uses genomics approaches coupled with techniques of molecular biology in human tissues, cell and animal models of cancer. Stefanska has received research awards from the Canadian Foundation for Innovation, the National Institutes of Health and the Indiana Clinical and Translational Sciences Institute, and American Cancer Society.