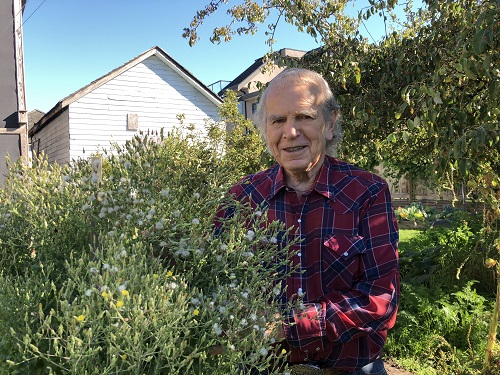 At 83, Harold Steves (BSc Agriculture, 1963) will be retiring as Richmond’s longest-serving City Councillor. Using Twitter, Steves, who is known as ClimateChange Steves (@Harold_Steves), announced he would not seek re-election in 2022 after 50 years of service.

Even though he plans to step back from civic politics, he has more to accomplish; and agriculture and food are bred into his DNA.

As the man who founded B.C.’s Agricultural Land Reserve in the early 1970s, Steves stays connected to scientists around the world via Twitter. This allows him to stay current on his interests, which revolve around regenerative agriculture, the UN, and local and global food security policy.

“I stay motived because I know it can take decades to make changes,” says Steves. “Five percent of people can change the world; it can take a while.”

Passion projects in the works for Steves

Food security remains a top priority, especially as COVID-19 exposed vulnerabilities in our food production, processing and distribution systems. Steves will continue to work towards achieving 40% self-sufficiency in food production within Richmond. This involves moving two projects forward: collaborating with Kwantlen Polytechnic University to start the world’s first farm school in Richmond; and setting up a land bank, enabling young people to access land via leases where they can establish farms.

Steves also has two more years on the Metro Vancouver Regional District Board. He hopes to dust off a plan that is currently “sitting on a shelf” that calls for preserving 240 hectares of Colony Farm in Coquitlam as an agricultural- and nature-protected area, housing organic agriculture, berms and trees.

Also, Steves is developing new plant varieties. At his 103-year old home in Richmond, he developed a new yellow tomato, and is improving an early heirloom tomato, called Alpha, selected for its hardiness in colder, northern temperatures; he’s excited to see how the Alpha fares in northern Canada.

For the past 10 years, he’s worked on bringing back the purple Mikado tomato that is high in anti-oxidants. His ancestors grew the original Mikado back in 1888, but the plants had become crossed with other tomato breeds and lost their original leaves that resemble potato leaves.

He and his wife Kathy raise purebred Belted Galloway Cattle and cross them with Angus to produce grass-fed beef.

A family of agricultural pioneers

His great-uncle Herbert and grandfather Joseph Steves started a seed farm in 1888, becoming the first mail-order seed-sellers in Western Canada. They managed heritage seeds from 50-60 varieties of vegetables adapted to northern climates.

Steves’ other notable lineage goes back one more generation. His great-grandparents Manoah and Martha founded Steveston in 1877. Hailing from New Brunswick, they were the first to settle north of what’s now called Garry Point, and brought in B.C.’s first purebred Holstein cattle, which supplied milk to the City of Vancouver.

Steves learned the value of oral history from his family.

“My great aunt Ida told stories of my great grandfather who taught my grandfather and father down through the generations,” said Steves. “We are husbandmen of the land. What we take from it we must return to it. We must never destroy the land.”

His father studied Agriculture at UBC, as did two of Steves’ children. Three of his other children attended UBC, studying Astronomy, Engineering and Social Work.

Steves’ wife of 60 years, Kathy (who has a UBC degree in Physics), has played the role of both life partner and business partner.

“Kathy can pull up files from 30-40 years ago from a wall of filing cabinets that she keeps. It’s been the two of us together the whole time.”

While a student at UBC, a classmate urged Steves to join the Co-operative Commonwealth Federation (CCF, precursor to the New Democratic Party) as both were upset by land rezoning in Richmond, which had negatively impacted their families’ farms. Steves became involved in the CCF during 1960s.

Steves’ father ran a dairy but like many farmers, he was unaware Richmond Council rezoned their farmland for residential use in the late 1950s. When his father wanted to expand his dairy farm so that he could install a bulk tank, he was forbidden to do so. After further setbacks, Harold and his father went out of the milk business and switched to beef cattle.

The younger Steves set up an Agriculture Committee under the NDP made up of young farmers, and he met with farmers in Richmond, all the way east to Abbotsford. Using a land bank model from Saskatchewan, he started to write up an Agricultural Land Bank system for B.C.

He drafted the agriculture policy for the NDP in the 1972 election, establishing a land-use zoning for agricultural production, which would protect these designated areas from being subdivided for industrial and residential use. This policy eventually became what is known as the Agricultural Land Reserve in 1973 under an NDP government.

“Since it launched in 1973, the ALR has had one battle after another to keep it together,” quips Steves. “But it’s mostly stayed together.”

The ALR has protected B.C.’s agricultural land, and while its mandate and scope have been reviewed several times over the years, it has served as a model for ensuring food security for the province.

Steves says he’s been contacted by the United Nations Habitat for Humanity in the early days of the ALR rollout, as well as the Food and Agriculture Organization of the UN. They were concerned that urban dwellers may not be able to feed themselves in the face of climate change and wanted to understand how B.C.’s ALR was set-up.

Steves has made an indelible mark in Richmond and in agricultural policy.

In addition, he’s chaired the Metro Vancouver Agriculture Committee and currently serves on its Regional District Board of Directors; he co-founded the Richmond Anti-Pollution Association in the 1960s; and he’s protected overfishing by helping to set fishing quotas as a director of the BC Groundfish Development Authority; and, he joined demonstrations to save UBC Farm from development.

“There are many ways to get your message across. One way involves joining protests, and the other way is showing people how to do things. I do both.” 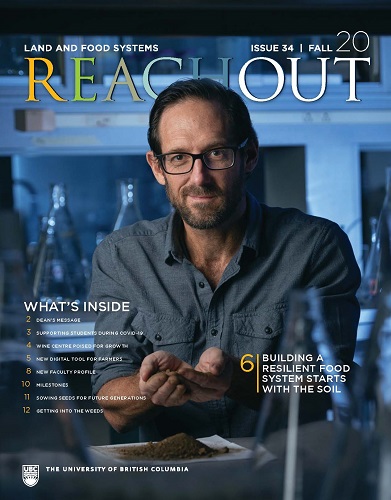