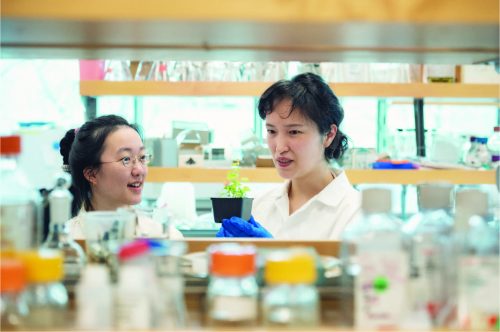 Some superheroes are too small to be seen by the naked eye.

Microscopic bacteria-eating viruses, known as bacteriophages or phages, are coming into favour as a way to combat food-borne pathogens.

Known as predator of bacteria, phages are less than half a micron in size, and 5-10 times smaller than bacteria itself. Once applied onto food, such as romaine lettuce that is harbouring harmful bacteria, the phages quickly proliferate, attack the host bacteria and destroy it through a process called lysis.

Found naturally in the environment, phages are a promising alternative to antimicrobials used in food products because of their ability to hone in and destroy targeted bacteria while leaving ‘good’ bacteria intact. Associate Professor Siyun Wang and her research team are studying new applications of bacteriophages in UBC’s Food Safety Laboratory.

“This is like a drug discovery process. We collect phages, bring them into the lab and run trials on animals, crops and food products to test how effective they are.”

“We have a treasure of phages, with a library of about 150 of them now. However, not many of them will do the job as expected; that’s why you need a large library. To select for the best phage candidates, we perform lab-based screening assays and whole genome sequencing to extensively understand the behavior and genetic traits of each phage, as well as how these phages work together as a ‘cocktail’ that may kill food-borne pathogens in an effective manner.”

The library of phages at Wang’s Lab is sourced from water and soil from B.C.’s Lower Mainland and Fraser Valley regions. Common sources of food-borne bacteria are groundwater and soil that came into contact with the feces of an infected animal or improperly composted manure.

Wang hopes to expand application of phages at both pre-harvest (i.e., before a primary agricultural product leaves the farm gate) and post-harvest (i.e., during food processing) levels.

“Already a lot of work with post-harvest processing has been done but it would be so much easier if processors knew the raw materials they are getting already have a high microbial quality. Also, this can fall under a clean and green label in terms of food processing.”

Wang and PhD student Thomas Brenner have published lab trial results identifying promising phages that could combat Salmonella in poultry. They have started animal trials now. One important piece of the study is monitoring the health of poultry microbiomes, ensuring bacteriophages don’t kill good gut microorganisms in chickens and ensuring they are safe for humans too.

In another study, Wang and PhD student Catherine Wong are studying the prevention of E. coli O157:H7 on romaine lettuce. E. coli is the No. 1 pathogen causing North American outbreaks associated with romaine. In Canada, approximately 77% of food-borne deaths are cause by three bacteria – Salmonella, Listeria monocytogenes and E. coli.

If the research goes well, Wang’s lab can help the agri-food industry reduce use of antibiotics, which has downsides. Antibiotics kill all bacteria, even beneficial ones. Also, bacteria have grown resistant to antibiotics so their effectiveness is reduced both in animals and in humans later in the food chain. 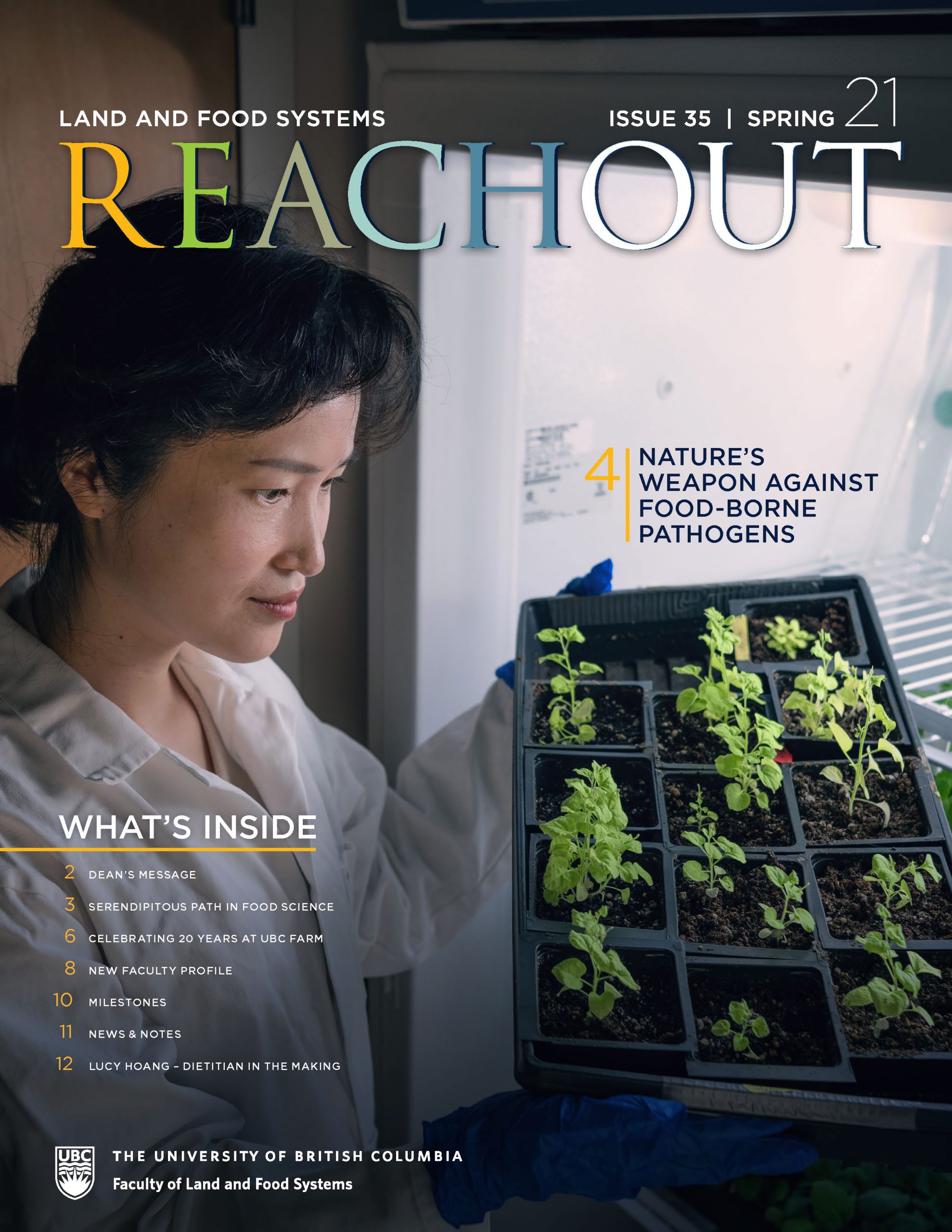