Learning to Coexist with Urban Wildlife

Learning to Coexist with Urban Wildlife

Over the summer, there was an increase in coyote interactions in Vancouver parks, green spaces, and neighbourhoods. While coyotes have always had a presence on UBC’s Vancouver campus, the lack of human activity over quarantine allowed the urban canines more freedom to move through campus spaces. 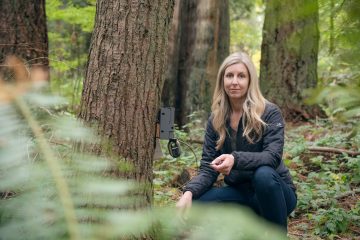 Walker next to a camera trap at the UBC Farm

As students, staff, and faculty return to campus, the potential for human-coyote interactions increases. It is important that humans understand how to properly interact and establish safe and respectful boundaries with urban wildlife.

“Coyotes are naturally timid,” says Assistant Professor of Teaching Kristen Walker. “But the human-coyote boundary gets blurred when we try to feed and interact with them.”

Walker has a PhD in Animal Welfare from the University of British Columbia. Her current focus is on urban wildlife, as she works with the Stanley Park Ecology Society, Vancouver Park Board and BC Conservation Officer Service to reduce conflicts for urban coyotes.

“Even in cities, wildlife needs to be kept wild,” Walker cautions. She explains that there are coyotes moving all throughout the B.C.’s Lower Mainland, and that some of the animals’ natural habits are misconstrued as ‘aggressive’.

Walker often receives reports of coyotes ‘stalking’ people. When in reality, coyotes are just following the path of least resistance, which is most often a sidewalk or trail. If a human happens to occupy the same space, the best thing for the human to do is to scare the coyote away.

“To scare off a coyote, you have to stand tall with big arms and yell, ‘go away coyote’,” says Walker. “The more coyotes are used to humans, the longer it will take to re-establish the boundary between us.”

Unfortunately, humans often feed wildlife or take time to snap pictures. This teaches coyotes and other animals to seek out more humans or that close interaction is acceptable, which is dangerous for everyone involved. A coyote is still a wild animal, and increased interactions with humans can lead to negative interactions, including possible injury.

On UBC’s Vancouver campus, Walker monitors urban wildlife through a camera trap program. Her team has been monitoring a coyote pack with a young injured coyote nicknamed Kip. When Kip and their littermate dispersed from their parents in late 2020, campus was primarily empty due to COVID-19 restrictions. With no humans around, the coyotes settled into the area. In November 2020, Kip was injured and suffered a back leg injury, most likely due to being hit by a vehicle. There have been recent reports of individuals on campus feeding Kip, likely due to his injury and his close proximity to humans. 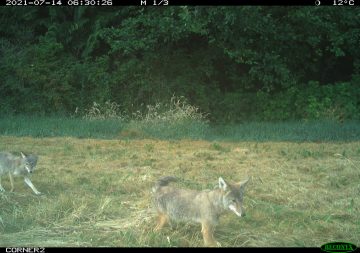 Kip and Littermate at UBC Farm

“Feeding wildlife is harmful to them, and taking pictures is just as bad,” Walker says. “If you are concerned for an animal’s health, you should reach out to a conservation officer or wildlife expert who can help.”

Currently, there are places to report coyote sightings or issues. Walker has created an email address to contact for sightings on UBC campus (ubcwildlifesightings@gmail.com), and the Stanley Park Ecology Society’s Co-existing with Coyotes program tracks coyotes in the Greater Vancouver area. Walker is working on increasing awareness of these programs as well as developing a canid response team. This dedicated team of coyote experts could then assess and intervene with incidents as soon as they happen.

With continued government effort and more public awareness around coyotes and other urban wildlife, Walker is optimistic that we can learn to better co-exist and respect the animals we share our cities with. 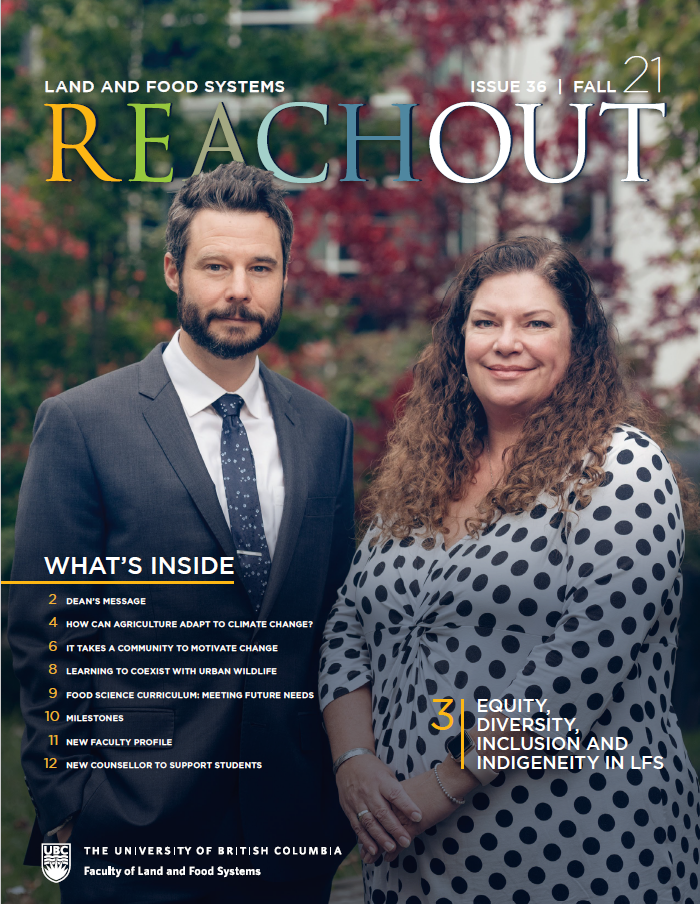