Faculty of Land and Food Systems
» Home » LandOne: A Launch Pad for University

LandOne: A Launch Pad for University 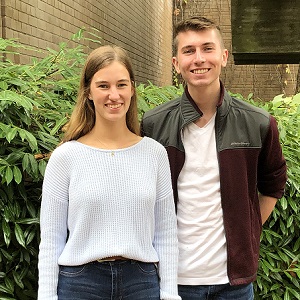 LandOne: A Launch Pad for University

Brennen Gilbert is the first in his family to go to university. With few family members available to share their personal experiences about transitioning from high school, he was open to finding different means of support. Shortly after being accepted into UBC’s Land and Food Systems, a sign appeared.

“I received a handwritten postcard from Christine Klaray (Director of Student Services) that gave a run down on LandOne,” Gilbert says. “It stood out because it was personally written and after reading it, I signed up because I thought this could ease the transition to university. I was right – on the first day of school, I made close friends.”

LandOne is a first-year cohort program offered by the Faculties of Forestry and Land and Food Systems – two smaller units at UBC that share lots of synergy with their teachings about land use, forests and food systems.

It makes transition to university life easier by building a community of support between a small group of approximately 60 students who take the same math, English, biology, and microeconomics classes, along with an integrated seminar.

It’s about connections – between students, students and their instructors, and connections of ideas in the curriculum related to forests, land use and food systems.

Gilbert said he was able to cultivate close friendships with both forestry and LFS students, something that would have been almost impossible to do without being enrolled in the joint cohort.

Serena Sturton from the Faculty of Forestry chose LandOne for a similar reason. She came from a small private school and wanted to experience a small community within UBC, which has almost 55,000 students on its Vancouver campus.

“I felt freedom with learning in LandOne: I could ask questions and approach professors who were very personable,” Sturton said. “I found a place of belonging and I felt super comfortable in a big campus where I’m not just a number but I’m known by professors and peers.”

Curriculum in LandOne is structured to be relevant to students. Instructors look at complex issues around sustainability, forestry, agriculture, food security and health from multiple angles.

“LandOne provided a real, global and broader perspective about how all things are intertwined and not just from a forestry focus, but considering agriculture and ways of cultivating land,” said Sturton.

Also, Indigenous learning is integrated into the curriculum. Students learn about naming conventions for plants, study Indigenous culture all over the world, with a particular focus on Musqueam community because of the location of UBC Vancouver campus on unceded Musqueam territory.

“This will be important in terms of respect for our jobs in these fields,” said Sturton. “We learned that Indigenous people take a longer term view with economics, considering how their actions will impact seven generations from today; these perspectives drive their decisions.”

Adding to the sense of community is a dedicated learning space for LandOne students that is both a study and social space, in addition to housing professor office hours.

LandOne students also experience additional social and experiential learning opportunities, such as a two-day field trip to UBC’s Malcolm Knapp Research Forest, to experience first-hand the coastal old growth rainforest, and visits to UBC Farm, a 24-hectare farm at the south end of campus where more than 200 varieties of organic produce are grown.

The LandOne cohort launched in the 2018-2019 academic year. Some logistics are being improved this year; for instance, both Gilbert and Sturton, now second-year students, agree that greater efforts are needed to ensure international and domestic students interact more on group projects and socially. However, overall LandOne provided an outstanding level of support and a strong foundation for their transition to university. 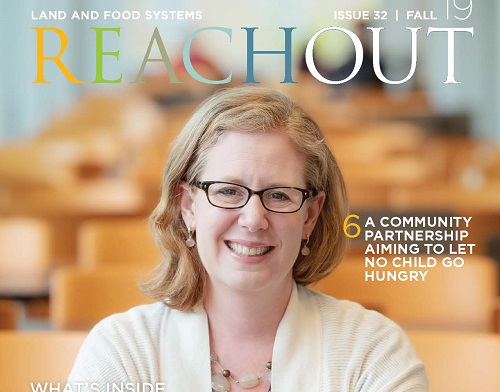